If You Can Need through her for FreeCharge Pay Later and Instant All The Benefits after Activities Now. FreeCharge Pay Later Shop Now! Re-Pay Only Once Now. The FreeCharge easy one-tap payment solution is now. Get an instant credit line of Rs. 5000 per month and repay it back in 30 working days. Avail cashbacks on online spends with your Freecharge Wallet and Pay Later.

Activate FreeCharge Pay Later and Get Flipkart & Myntra Vouchers Worth ₹200 Each. Assured Cashback of ₹100 on your 1st transaction. (Offer valid only on 4th & 5th Sep 2021.) Hurry Up! Offers Worth ₹500 Exclusively for You!

1. First Of All, Visit The Link and Active Freecharge App Later Now

4. Home Dashboard Section & Go to the loans section and click on Freecharge Pay Later to start the application

5. Go through the Onboarding and Pay Later benefits screens

6. Your customer has to provide personal and professional details and is redirected to Axis Banks (Web View) for eKYC

7. Your complete the OTP based Aadhaar KYC on this page

8. Once the completes KYC, they would be redirected to Freecharge platform

9. At this point, the customer would get the approved/ rejected status of the Freecharge Pay Later product

10. Now, Activated On Your FreeCharge Pay Later and We Will, Credit Upto ₹5000 Every Month

11. Approved have to activate the card and they can start using the card for online payments

11. After Activited Freecharge Pay Later activation, you will get Rs. 500 Cashback in your freecharge wallet on first transaction now.

Freecharge Pay Later is a monthly credit facility of upto Rs. 5,000 that is available for select registered users of Freecharge. This provides a seamless one click payment experience to make purchases / payments on Freecharge or its merchants/partners and repay the dues with upto 30 days of credit period.

Use Freecharge Pay Later across merchants and repay only the amount used on the due date and along with a small convenience fee (Charged by Freecharge) and applicable taxes. Get Cashback in your Freecharge Wallet for the equivalent interest amount on the repayment of the Pay Later bill

📣 The Tricks Recharge is now on Telegram. Click here to join our channel (@tricksrecharges) and stay updated with the latest loot & deals 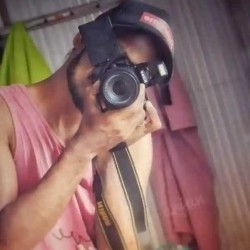